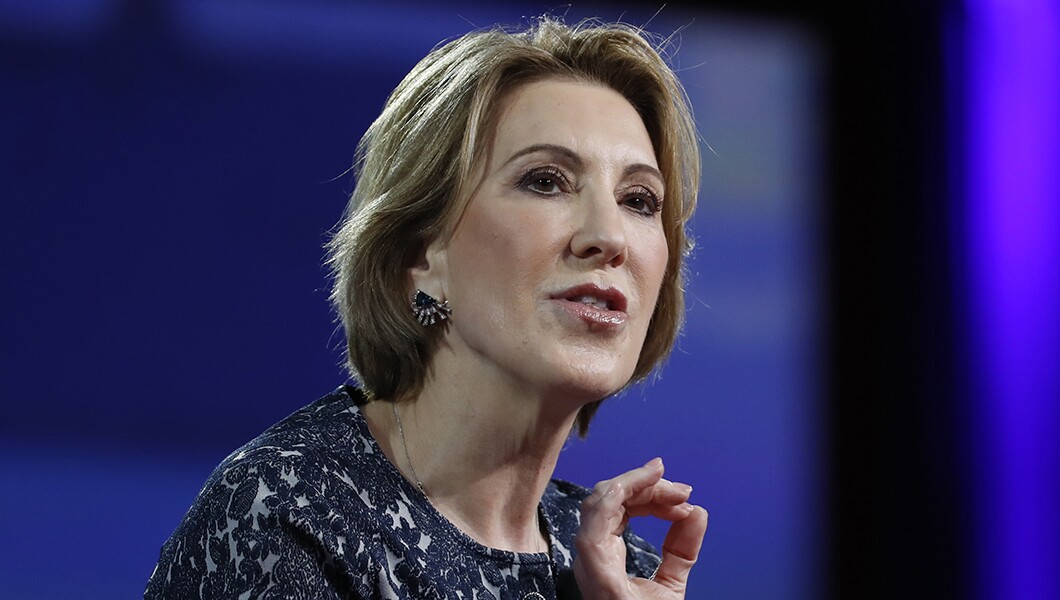 I have been a major proponent of Carly Fiorina running a primary campaign against Donald Trump for the 2020 GOP Nomination.  I believe she has the most credibility, has the best chance of uniting Moderates, Mainstream Conservatives, and Anti-Establishment types, and has the most to gain from a Trump challenge.  What has been difficult to gauge has been if she would have interest in a run.  As I wrote last month:

At the same time, some of her recent moves seem to be moves that someone looking to keep the option of a Presidential run alive might make.  Just as many political candidates do when running for President, she has a new book coming out in April on the topic of leadership.  She also has retained staff for her personal ventures and foundation that are veterans of her 2016 Presidential campaign, or who have political experience elsewhere.  Finally, while she hasn’t popped up on Fox News Primetime, she has nonetheless done some cable TV appearances, including on Fox News where one would expect a Republican candidate for President to try and attract eyeballs.  These could simply be the moves of any public figure looking to maintain a brand, but an optimistic observer could also see them as the moves of someone at least interested in a run for office.

This week, in an episode of her podcast, Carly was asked directly what future political aspirations she might have.  It’s important to caveat that the question was general, and didn’t mention the Presidency or 2020, but it still gives us insight into whether Fiorina would consider a 2020 run.  The question starts around the 26:30 mark:

Host: What is your political future, will you run for office again?

Fiorina: Well, the short answer, and then I’ll explain, is I don’t know. And the reason my answer is I don’t know, is because that’s the way I’ve always lived my life. If you think about what I said on how I entered the Presidential race last time around, I didn’t have a plan, I didn’t have a plan to become a CEO. The way I’ve lived my life is to be true to those disciplines and behaviors that I think define leadership and problem solving that we talked about.  Courage and character and the humility and empathy to collaborate with others and imagination to see the possibilities in front of us, and particularly the possibilities in other people.  I try to live my life that way every day, and I’ve learned over time that if I will focus on those things, solve the problems in front of me, that opportunities will knock, and then I’ll make the right choice when the opportunity is in front of me.  And so, that’s how I’m going to continue to live my life.  You know, I had a, not to get too heavy here, but when I battled cancer; Most of my young adult life, I was afraid of dying, and you’ll read about that in “Find Your Way”.  I don’t know exactly why, perhaps because both of my parents lost their parents at a young age, but I was always afraid of dying.  And when I was diagnosed with cancer, of course, all of a sudden, now the threat of death is near and present.  And what I learned going through that is that life isn’t measured in time, life isn’t measured in title or wealth or fame, all though those things can be very important.  Life is measured in love, in moments of grace, and in positive contribution.  And so those are the things that I hope I have in my life every single day, and when opportunity knocks along the way, I usually have the courage to walk through the door.

The entire episode is interesting, but it at least shows that (a) there are a number of people who are interested in the question of if Fiorina will run for office again, and (b) that she hasn’t closed the door to the possibility.  Hopefully she will seriously consider the possibility of seeking the Republican Presidential Nomination in 2020.