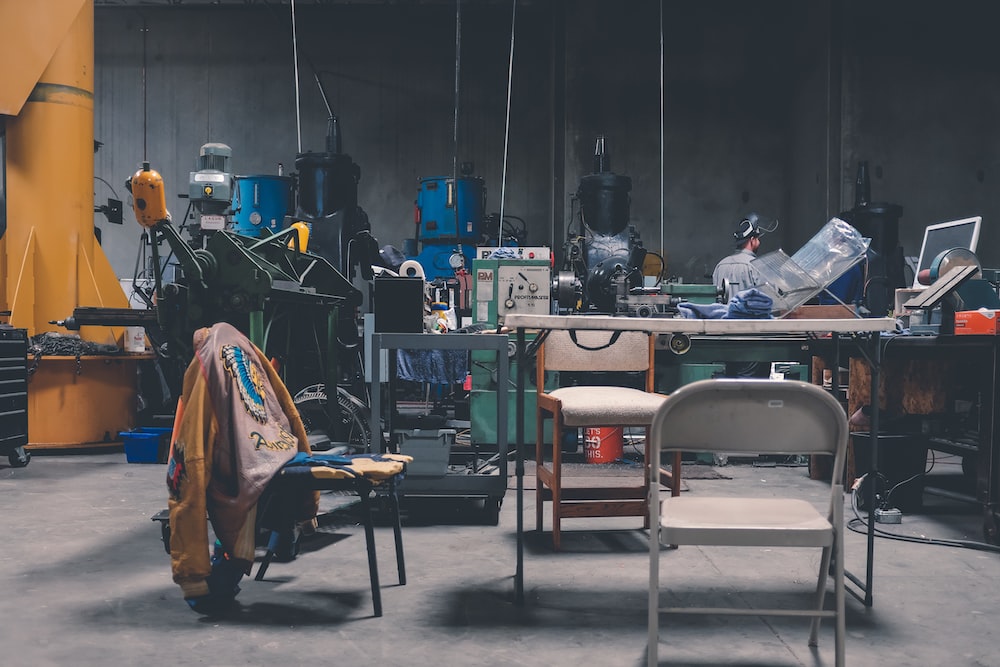 One of the more interesting debates in politics right now is what is the future of the Republican Party and, to some extent, the Conservative movement.  In the Republican Party right now, there are a wide variety of different viewpoints trying to exert influence on the party.  This includes everyone from the Ted Cruz-aligned Religious Right, to the Rand Paul-aligned Libertarians, to the traditional, more moderate Republican establishment, to mainstream Reagan-style Conservatism.  With the Trump presidency, an avenue has opened up for other ideological variants of the Right to enter the fray.   Much of it has involved the rising of a new class of attention seekers and grifters.  While hacks such as Charlie Kirk, Candace Owens, and other Republicans of the “Own the Libs” variety existed before Trump, the Trump presidency and continued Reality-Telivification of our politics has given them prominence and profit of a degree not seen before.  Not as prominent has been a more ideological populism, focused more on what ideas and policies might fit the New Republican Party best in the Trump era.

To that extent, the First Things manifesto “Against the Dead Consensus” is a welcome addition to the competition of ideas.   In this relatively short and welcomely accessible open letter, several different writers and thinkers such as Sohrab Ahmari, Patrick Dennen, and Rod Dreher offer a few guiding principles for what the new GOP should look like.  The politically diverse group effectively identifies current problems in both society broadly and Conservatism specifically.  As someone who identifies as #NeverTrump and who supports some mainstream Republican policy proposals that at least some signing members of this statement are against, I found it a very helpful guide for understanding what a mature populism in our political sphere might look like.

One of the best elements of the statement is simply that it does focus on actual principles.  Much of what is called populism in our political discourse today is little more than saying whatever will move books and generate Fox News hits.  While political gimmickry is particularly pronounced in populism, it is not only populism that it has infected.  On the eccentric horseshoe that exists between some parts of the “Resistance” Left and the “Never Trump” Right, there is currently a competition to determine whether a Twitter account called “Devin Nunes’ Cow” can gain a certain number of followers.  A lack of seriousness and an anathema to anything resembling ideas, policies, or principles is a part of the political discourse in all ideologies and tribes today, and it is to the credit of the drafters of this statement that they seek to inject populism with general ideals.

Another high point of the statement is that it correctly identifies the problems in our society today and fairly critiques past iterations of Conservatism for failing to combat them.  The authors correctly point out the importance of healthy communities, families, and workplaces as some of the keys to the healthy society, and how the atomization of the individual and the resulting consequences from it destroy these building blocks.  They also fairly point out how Conservatism broadly failed to combat these issues.  For all of their flaws (and there are many), think about how the “Moral Majority” of the 1980s infused the Republican Party with an emphasis on issues such as combating pornography and fighting back against gambling.  As the Republican Party drifted towards Social Libertarianism and focused more on issues such as government spending and aggressive foreign policy, both issues which reasonable people can have disagreements about, issues of traditional values and healthy communities fell out of the Republican mainstream.  Tim Alberta documented this recently in Politico, in an article with supplements this First Things statement nicely.  The Party, in fact, reached a point where an individual who posed in Playboy and who owned casinos could be its standard-bearer.  Looking at society today, it’s hard to say our communities are better places because of our broad acceptance of (including the GOP’s acquiesance to) hyper-individualism and social libertinism.  The authors of the First Things statement are right to call out these failures.

Finally, the authors deserve credit for specifically affirming the importance of human dignity as a guiding principle for the common society.  A large number of our societal issues today, from hyper-partisanship to economic destruction and vulturism to the growing number of deaths of despair can be directly or indirectly attributed to our collective failing to view our fellow humans as worthy of respect and value.  It is particularly right for a Christian publication to make this emphasis.  As Christians, our faith teaches us that we are created in God’s image and that one of our ultimate callings is to love our neighbors as ourselves.  This includes the importance of the protection of unborn life, as the authors rightly include.  I am glad the statement rejects attempts to compromise on human dignity, and I believe that regathering a fuller societal understanding of human dignity is one of the necessary ways to remedy the problems described in this statement.

Having affirmed the statement, of which there is much to affirm, there are some critiques that need to be made as well.  One of those critiques is that the statement, like much of the rest of populism, seems unnecessarily hostile to immigration.  In the words of the statement:

In recent years, some have argued for immigration by saying that working-class Americans are less hard-working, less fertile, in some sense less worthy than potential immigrants. We oppose attempts to displace American citizens. Advancing the common good requires standing with, rather than abandoning, our countrymen. They are our fellow citizens, not interchangeable economic units. And as Americans we owe each other a distinct allegiance and must put each other first.

This is partly true.  We shouldn’t view our fellow Americans as inferior beings who, for one reason or another, are inevitably bound to suffer economically.  At the same time, all of the best data shows that immigration does not hurt our fellow Americans.  Immigrants improve our economy, by virtue of being both creators and consumers, and benefit the country broadly.  The anti-immigrant hysteria so broadly espoused in populism today simply isn’t grounded in reality.  We should want to see the economic success of our fellow Americans, but there is no reason to believe that opposing or limiting Immigration accomplishes this.

Whatever else might be said about it, the Trump phenomenon has opened up space in which to pose these questions anew. We will guard that space jealously. And we respectfully decline to join with those who would resurrect warmed-over Reaganism and foreclose honest debate.

It’s true that “warmed-over Reaganism” is probably not a viable course for the future of Conservatism, and that it had problems which the writers did a good job of analyzing.  A blind spot in the statement, however, is that Trumpism in practice fares even worse than Reaganism when it comes to the ultimate problems recognized.  When we think about the atomization of the individual and the “pornographization of daily life”, those are the very attributes at the heart of Trumpism.  Donald Trump specifically has lived his life according to the social Darwinism and sexual libertinism to which nearly every legitimate problem highlighted in the statement can be traced.  If Reaganism failed to adequately pump the breaks on these issues, Trumpism pushes down on the accelerator.  Reaganism, at a minimum, sought in theory to promote traditional values and national unity.  It’s very difficult to see how Trumpism in practice does even that.  It would have been a welcome addition to this statement if the authors could have accurately recognized that while a populism based in ideas has its advantage over stale Conservatism from yesteryear, Trumpism in practice should be a greater threat to the ideals espoused here.  That would be unless closed borders and immigration restrictionism are more important than the other ideals espoused here, which gets to the first critique.

Finally, one last critique is that while the authors rightly advocate for human dignity, it can ring as inconsistent when some of them fail to uphold a general respect and value of fellow people in their lives.  One of the major human dignity problems in our society today is that in our politics, we fail to treat other groups and political tribes as human beings made in the image of God.  Sadly, some of the authors here exhibit some of these worst tendencies.  One of the authors, like President Trump, mockingly referred to Elizabeth Warren as “Pocahontas” and later defended it.  Another habitually crosses the line from rightly defending the religious liberty of Christians to mocking LGBT individuals.  To defend human dignity should be to defend human dignity for everyone, including Racial Minorities, LGBT people, and our political opponents.  The fact that some of these authors have not lived up to their message of human dignity in this statement may lead it to ring hollow to some who read it, which is unfortunate in that it is one of the most important parts of the statement.

This statement has a lot of good in it, and is worth reading regardless of political orientation.  It is a helpful attempt to highlight an ideology that is far too often represented by its worst caricatures, including the President, in the public square.  While it has much too offer, though, it nonetheless falls into some of the same traps as grafter, Trumpist populism though in that it is unnecessarily includes anti-immigration sentiments and exaggerates the extent to which the Establishment is its enemy.  These unfortunate elements keep the letter from having its maximum impact and winning others outside its camp to its view.  A better and more politically potent populism, in the future, will hopefully jettison the anti-immigration hysteria, recognize and identify Trumpism as at least as much a driver of hyper-individualism and social libertinism as the worst of mainstream Conservatism, and inspire us all towards a personal ethic of human dignity that brings out the best of us in all parts of our lives.

Earlier today, Lifeway announced that they are closing all of their retail locations by the end of 2019 and will be pivoting to an entirely digital platform.  This is very disappointing news, in my opinion.  While I don’t agree with Lifeway on everything (Sho Baraka is amazing, for one thing), they provided access to a variety of helpful resources.  Just in general, the demise of any brick-and-mortar book retailer is a bad thing for our society, as well.  Since different people are already throwing in their thoughts, I’ll add a few of mine in: